Estonia is arguably a very modern country.  With everything (e-elections, e-residence, healthcare, etc) just a click away, it is no surprise Wired Magazine named Estonia “the most advanced digital society in the world.”  What may be surprising, however, is that Estonians have managed to embrace technology while also staying true to their roots and firmly connected to nature.  Hiking through forests and bogs, camping and picking medicinal and edible plants are still quite popular activities.

If you too enjoy communing with nature, be sure to check out these natural attractions on your next visit to Estonia:

Located approximately 50km east of Tallinn, Lahemaa National Park is very convenient for a day trip.  Within an hour you can find yourself in Estonia’s largest and most diverse national park.  Peninsulas, bays, forest, lakes, waterfalls and abandoned Soviet military installations are all available for visitors to explore.  If you’re game for a hike, try Viru raba (Viru bog). The popular 3.5km trail is easy and even includes a watch tower along the way.  Fun fact: Lahemaa National Park was the first national park in the former Soviet Union.

Powered by GetYourGuide. Become a partner. Soomaa National Park is one of the most beautiful natural attractions in Estonia.  Located in the southwest between Viljandi and Pärnu, it consists of swampy marshes, flood plain grasslands, forests, rivers and bogs.  Many bogs.  Fittingly, Soomaa means “land of bogs”.   Explore the bogs with a hike or take a dip in a bog pool via a ladder on warmer days.

If you would like to experience the Estonian “fifth season”, Soomaa National Park is one of the best places.  During the fifth season, basically flood season, a spectacular annual flood results from rivers unable to cope with melting snow.  The rising water levels flood everything- meadows, fields, forests, roads and even houses.  The only way to get around is by boat and canoe so several enterprising companies offer guided trips or rentals. 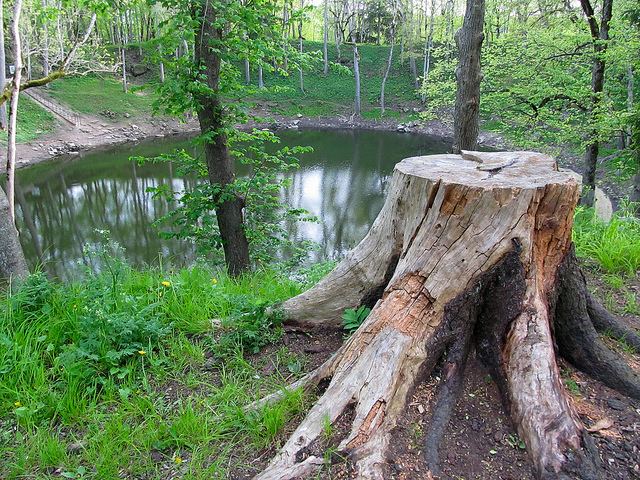 Kaali Meteorite Crater Field is a group of nine meteorite craters on the Estonian island of Saaremaa.  The craters were formed when a meteorite fell apart thousands of years ago and crashed to the ground.  The nine craters consist of one large crater and eight smaller ones.  The large crater is Kaali crater- measuring approximately 110 meters wide and 22 meters deep.  It contains a small lake, Lake Kaali, which was and is still considered a sacred lake.  Kaali crater has been the subject of many Estonian myths and legends and archaeological evidence indicates it may have even been a sacrificial site.  A museum located in the area is a great place to learn more about the craters. 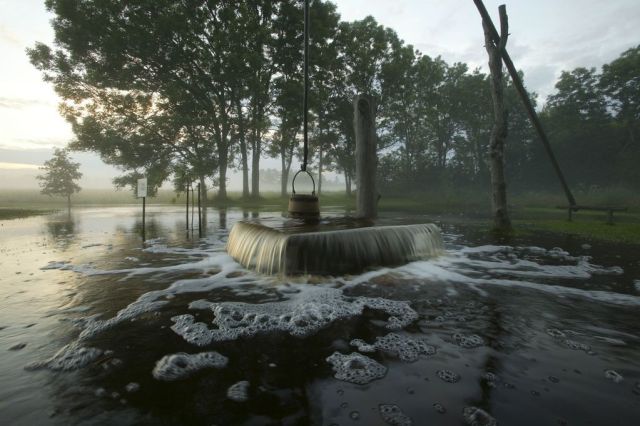 Located in the small village of Tuhala, the Witch’s Well is a naturally occurring geyser that occasionally floods the surrounding area after heavy rains.  Although a natural phenomenon, local legend blamed witches for the event.  The well does not flood every time it rains so when it does occur (typically late March or early April) it draws many spectators.

So, on your next visit to modern Estonia, visit the cities and appreciate this advanced digital country but make time to explore Estonia’s many natural attractions as well.

This post was sponsored by Visit Estonia but all opinions are my own.